NO
To experience this site you must be of legal drinking age in your country of residence. By entering this site, you agree to our terms and conditions. We encourage you to enjoy the Gin Society responsibly. In accordance with the NSW Liquor Act 2007, it is against the law to sell or supply alcohol to, or to obtain alcohol on behalf of, a person under the ages of 18 years. Learn more at www.drinkwise.org.au.
Classic American Cocktails 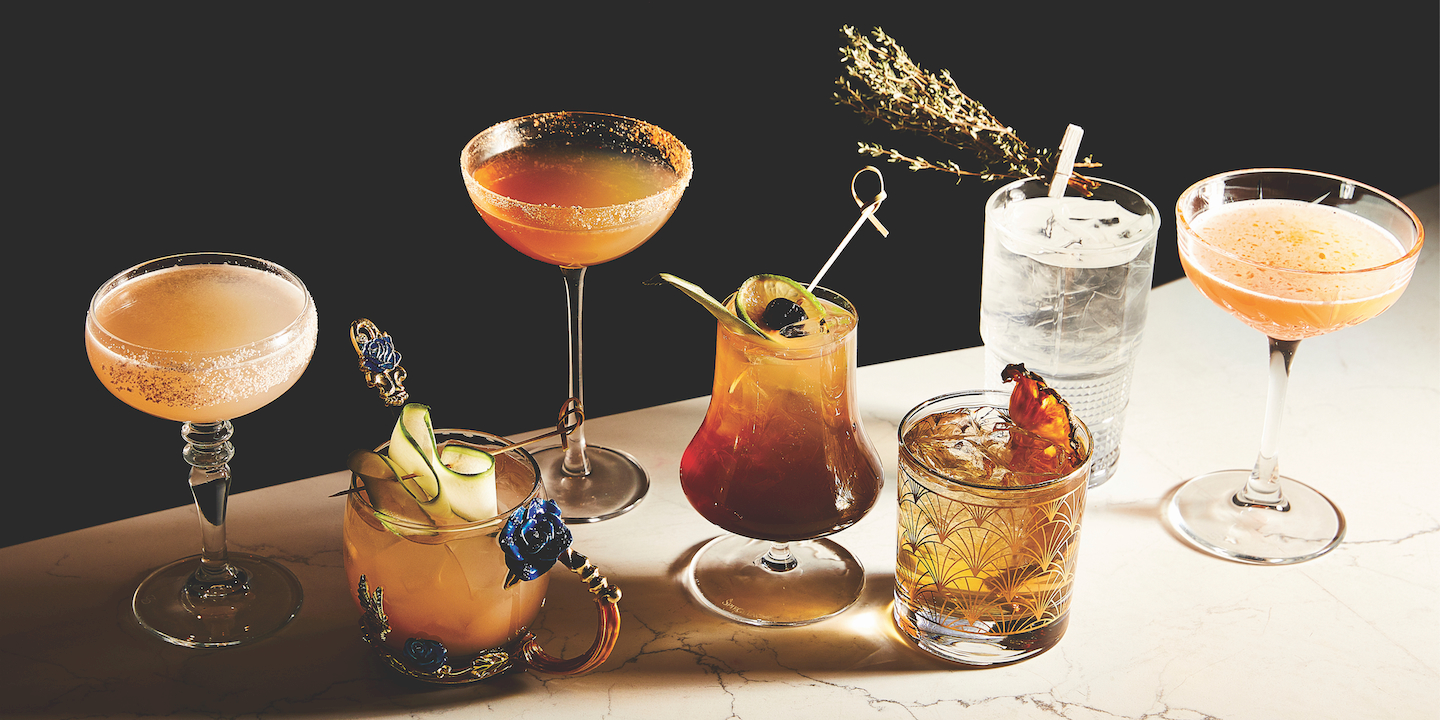 Some of the world’s most iconic drinks originated in the States, and even Prohibition couldn’t stand in the way of the country’s pioneering bartenders. We take a look at just a few of the tempting tipples that were born in America and went on to make a global mark.

The good people of San Francisco knew a thing or two about cocktails decades before Gothic emerged on the gin scene. In fact, it was here that the “father of American mixology” – bartender Jerry Thomas – wrote The Bar-Tender’s Guide: A Complete Cyclopedia of Plain and Fancy Drinks.

First published in 1862, the book includes recipes drawn from Thomas’s peers as well as some of his own creations. One of those, the extravagant Blue Blazer, involves lighting scotch on fire and pouring it between two mixing glasses to create “a blazing stream of liquid fire”. The drink’s popularity might have swiftly burnt out, but the book provided a timeless source of inspiration for generations of mixologists. We celebrate some of the cocktails that have endured, as well as the stories behind them.

In the 1870s, this gag was the height of hilarity: you approach Mr A and ask if they’ve heard of Tom Collins. You claim that Tom Collins has been talking behind Mr A’s back and spreading nasty rumours. Mr A rushes to the nearest bar and asks for Tom Collins only to be told there’s no one there by that name. That is, until an enterprising bartender created a drink called a Tom Collins. From then on, anyone enquiring after Tom was presented with a refreshing gin sour. The second edition of Jerry Thomas’s book contained the first recorded recipe for the cocktail, which called for “1 large wine-glass of gin”, sugar syrup and lemon juice.

From Manhattan to Martini, via the Martinez

What started life in the 1884 recipe book The Modern Bartender as a twist on the rye whiskey-based Manhattan was later published as a drink in its own right: the Martinez. Made with gin, sweet and dry vermouths, and aromatic bitters, it’s often referred to as the precursor to the Martini. There are a number of stories as to when and where it was originally invented, but many believe it was born behind the bar of San Francisco’s Occidental Hotel, which was a popular stopping-off point for tourists on their way to the Californian town of Martinez. And who just happened to be working at the hotel around the same time? Our friend, Jerry Thomas.

Make like Gatsby with a Gin Rickey
“We drank in long, greedy swallows.” The mixed drink of choice in F. Scott Fitzgerald’s The Great Gatsby, this simple but supremely refreshing gin, lime juice, soda water and ice concoction was created for Washington DC lobbyist Joe Rickey during the hot and sticky summer of 1883. It can also be made with bourbon, but the gin version is the favourite – in 2011 it became DC’s official cocktail, while July was declared Rickey Month.

A cocktail that’s the Bee’s Knees
One of the best things to come out of Prohibition was the Bee’s Knees, a sweet twist on the Gin Sour that relied on the addition of honey and lemon to make the bootlegged spirits and bathtub gins that proliferated in the 1920s taste a little better. The drink has experienced a recent revival following the popularity of Bee’s Knees Week, where venues across the country serve the cocktail and donate a percentage of their profits to the Bee Cause Project, which builds beehives in urban areas.

The Aviation takes off
One of the most colourful mixed drinks around, New York bartender Hugo Ensslin committed the Aviation to his 1916 Recipes for Mixed Drinks, which was one of the last cocktail books published before Prohibition. Gin, maraschino liqueur, lemon juice and crème de violette liqueur are shaken with ice and strained into a chilled glass. Its pale purple hue can be switched to blue if you leave out the maraschino – making it a Blue Moon.

Just over 100 years ago – on 17 January 1920 – American officially went dry. Activists had hoped that prohibiting the sale, manufacture and transportation of alcoholic beverages would curb excess consumption, but all it really did was push the country’s drinking culture underground. Bootleggers set up secret supply chains, while home-brewing and unlicensed bars – nicknamed speakeasies – flourished. These illicit spots ended up having a huge impact on the way we socialise today, as men and women no longer sat in segregated areas and competition between owners saw an increase in live entertainment.

Prohibition came to an end in 1933, and there are several still-operating spots in San Francisco that managed to evade law enforcement. Like the Sir Francis Drake hotel, which made use of its dumbwaiter to deliver drinks directly to the rooms of wealthy patrons.