NO
To experience this site you must be of legal drinking age in your country of residence. By entering this site, you agree to our terms and conditions. We encourage you to enjoy the Gin Society responsibly. In accordance with the NSW Liquor Act 2007, it is against the law to sell or supply alcohol to, or to obtain alcohol on behalf of, a person under the ages of 18 years. Learn more at www.drinkwise.org.au.
Celebrating the launch of Bondi Gin Co 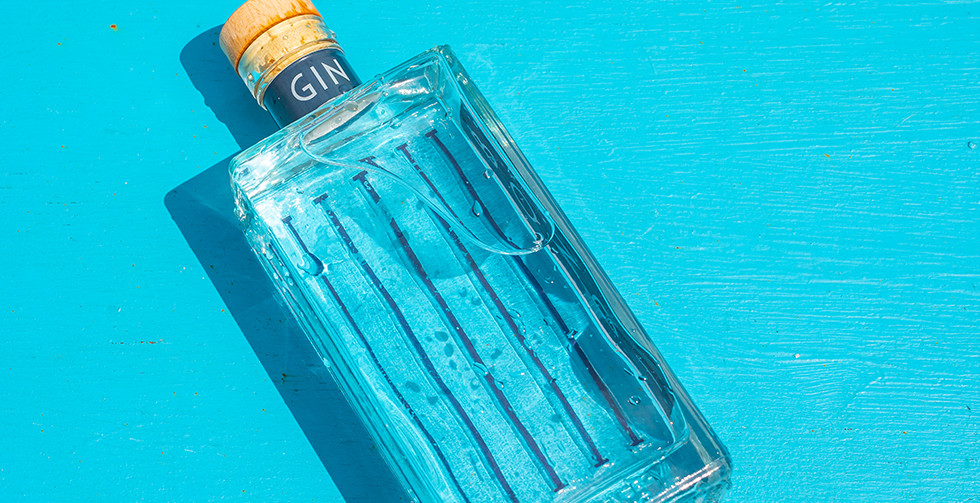 It’s been a long journey from inception to production, but Bondi Gin Co’s Australian Dry Gin is finally here! Straight from the mind of Gin Society founder Andrew Burge, this sensational drop is a labour of love, persistence and an unmatched desire to create something truly unique in the Australian craft gin scene.

Way back in the latter months of 2018, Andrew Burge had a business idea – one of many up to this point in his career. He wanted to build something in the alcohol space. Something that was purely his own and that reflected his own history and future ambitions.

“One of the reasons why I started Gin Society was to eventually create my own alcohol brand,” Andrew says. “It was a nice segue into learning a lot about the industry and how it operated.”But it was only a few months later when Andrew realised opportunity was already knocking at his door. He spent time looking into the marketability of Bondi – the branding, the naming rights, the companies, the URLs and social media assets – and realised, at least for gin, there was nothing else like it out there. But diving head-first into such a grand project needed something – or someone – else.

“Andrew invited me to be the Ginsider for the Tanglin issue of the Gin Journal,” says Leon Dalloway, better-known as the founder of Gin Journey but also a Co-Owner and Creative Director at Bondi Gin Co. “Obviously from living in Singapore and knowing lots about gin, that’s why Andrew chose me for that. But after we had our little sit-down, Andrew got me on a call and the first thing he did was show me a picture – the concept for the Bondi Gin Co bottle. “After seeing thousands of gin bottles, thousands of brands and thousands of different gin labels, you just know when you see something special. There was this immediate feeling of excitement. As soon as I saw the bottle, I was blown away by its potential.”

It was clear from that first viewing that Andrew had total clarity around what he wanted to do with Bondi Gin Co. The sheer financial burden of designing an original glass bottle mould alone would be enough to put most budding spirits makers off the idea of starting a gin company. But with Bondi as a crystal-clear throughline, it simply made sense for Andrew and Leon to join forces.

“Right off the bat, that authenticity of place was super important,” Andrew remembers. “I said, ‘If we're going to be a gin company with Bondi in the name, then is has to be completely authentic and respectful to the area.’ I used to live in Bondi and Leon now lives there too – we both wanted to create something really special rather than something touristy. So getting him on board made good sense.”

A bottle with no equal

Anyone familiar with the spirits world beyond the surface level will know that 99% of bottles you see on a liquor shelf are bought directly from a catalogue. The labelling might be different, but they are cheap to produce in high quantities because they already have the moulds for the machinery.

Andrew knew that wasn’t what he wanted for Bondi Gin Co. Instead, visions of Bondi’s famous ocean pools were always front-of-mind, and once designer Annah Lansdown had perfected the eye-catching bottle design it was all about nailing the physical prototype.

“Our bottle is completely bespoke,” Andrew says. “Which means we had to design the plates for the glass mould to reflect what we believe is a good homage to Bondi, to the ocean pools, to the Art Deco architecture, to all the classic influences of Sydney’s Eastern Suburbs.”

If getting Leon on board was easy, curating the ideal bottle was a slog. Five different prototypes were made, then there were challenges around different neck sizes, different shoulders, different colourings, different linework.

“Finally, we got exactly what we wanted,” Andrew says. “But that was a 12-month process in itself to get the bottle created.”

Leon says a common purpose was what drove the decision-making process throughout the countless prototypes and revisions. “Equally as importantly as what's inside the bottle is how it looks on the outside,” he says.

“You need something that stands out at trade shows and compels people to pick it off the shelf and try it. It reminds me of some of the most beautiful Scottish gin bottles, like Isle of Harris and Lind & Lime. Those are just stunning bottles – anyone who sees them falls in love with them immediately because they transport you to that place, through the bottle first and then through the liquid.

“When I first saw our bottle, even though it was only through a computer screen, it transported me immediately to Bondi and its ocean pools. I hope that’s what others feel when they see this bottle, because that's what the great booze brands do. They take you away – it’s escapism.”

Bondi Gin Co has big expectations for the brand over the coming years. The core elements are already there – the bottle, the branding, the Bondi association and – most importantly – the best-quality gin. But unlike some of the more established gin brands around the country, there’s no physical distillery right now. That’s the future of Bondi Gin Co, but its present – and its Australian Dry Gin, in particular – isn’t bound by geography.

One of the most important stages on this journey was finding a distiller who could not only craft a phenomenal spirit, but who could grasp the mission behind what Bondi Gin Co was striving to be. Andrew and Leon filtered through a number of potential options – from solo distillers to massive spirits producers – before they landed on the alchemist to outsmart all alchemists: Brogan Carr. A respected distiller in her own right, when she met with Bondi Gin Co it was as if all the pieces suddenly fell into place.

“From that first conversation, we were on exactly the same page,” Leon says. “Every time Brogan sent us a sample, Andrew and I always decided on the same one – even during blind tastings.

“Our taste buds guided what we wanted our Australian Dry Gin to be,” Andrew adds. “And Brogan nailed the brief straight away: to create a gin that is reminiscent of sitting on the beach with the sun on your skin, eating fresh oranges.”

Leon was more forthright in what he wanted the gin to deliver: “We always knew the flavour had to be coastal, but it also had to work in the holy trinity of cocktails: Gin and Tonic, Martini, and Negroni. Once we’d managed that, we knew we were in a good place.”

Brogan’s mind for alchemy was integral to matching Andrew’s vision for what Bondi Gin Co’s Australian Dry Gin should taste like through the right botanicals. In addition to the classics – such as juniper berries and angelica root – Andrew was adamant about including two key flavours.

“Lavender for me was always super important,” he says. “Because lavender is a reflection of coastal beaches in Australia – it's growing wild everywhere along the coast. I also wanted to incorporate fresh oranges, as I have such vivid memories of eating oranges on the beach during summer.”

To label or not to label

After nailing the recipe and settling on the ideal ABV for the gin (43%), Andrew and Leon both had a moment of reflection. They’d managed to spin a concept several years in the making into a real, tangible product. And one that actually tasted bloody good.

While there were still plenty of moving parts to nail down, this seemed like a demarcation on their journey. It was no longer about “What if?” but instead “Where to now?” Then came the question of labelling.

“The visual look of the gin always circled back to the authenticity we’ve wanted to have from the start. We never wanted to rush anything,” Andrew says. “We took the time to find the right labelling company that was aligned with our view and our vision.”

“The decision to go naked,” Leon adds, “that choice for it to be a cleanskin bottle with a side label actually came from Jag [Director at Gin Society]. Even though Andrew and I are both highly experienced in the world of booze, we are still first-time gin producers and we’ve been lucky enough to get support and input from other wonderful people in the industry.”

The sun is just starting to rise on Bondi

As Andrew puts it, this has been a “long, long, long journey but we are so proud of what we’ve achieved.” The whole operation has been bootstrapped from the very beginning. All the heavy lifting fell on the shoulders of just a couple of individuals. And unlike the big brands who can come up with a recipe and pump out large-scale production in next to no time, this is the story of how first-timers can break into the market and deliver something that is right up there with some of the very best craft gin that Australia has to offer.

“So what’s our long-term ambition?” Leon asks. “We want to build our own world-class distillery in Bondi. We want to bring world-class distillation to the area. We’ve found ourselves with an opportunity to bring this incredible brand to the Eastern Suburbs and, hopefully in the near future, be able to welcome visitors to our distillery door and see exactly who we are, what we do, what we stand for, and why we are so proud of this spirit.”