NO
To experience this site you must be of legal drinking age in your country of residence. By entering this site, you agree to our terms and conditions. We encourage you to enjoy the Gin Society responsibly. In accordance with the NSW Liquor Act 2007, it is against the law to sell or supply alcohol to, or to obtain alcohol on behalf of, a person under the ages of 18 years. Learn more at www.drinkwise.org.au.
Meet the maker: Gothic Gin 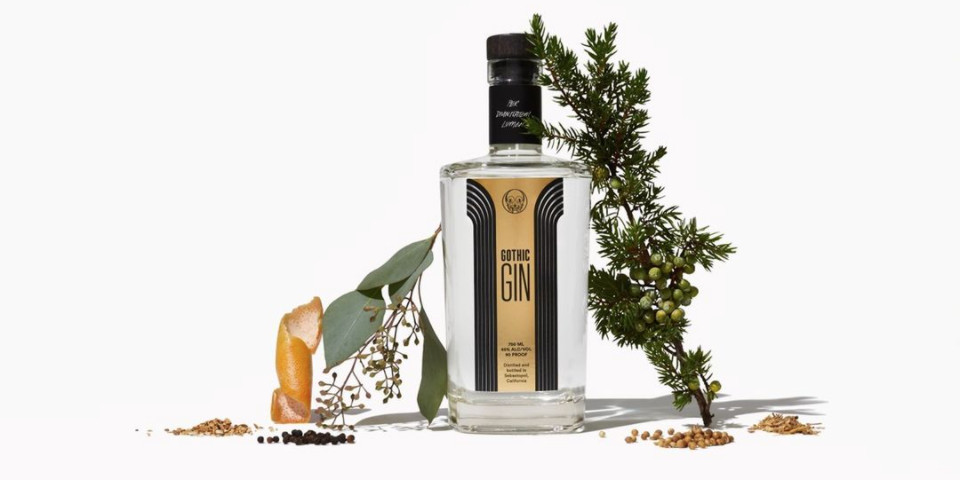 It’s no coincidence that Gothic Gin’s tasting notes include the phrase “conjures a lively fragrant nightlife”. Since launching just over a year ago, Chris Klug’s creation has been sipped at some of the most extravagant parties and glamorous events around the world.

There was a time when Chris Klug didn’t like gin. In fact, it wasn’t all that long ago. Having studied viticulture and distillation as a hobby for years – while pursuing a successful career in technology with the likes of Microsoft and Salesforce – he decided he might as well learn how to make gin so he could better understand why he didn’t like it.

“Thankfully, the opposite happened. I took a class in Barcelona and realised gin is the most refined spirit there is. When done right, the flavour profile can vary quite bit. In my opinion, it’s the wine of spirits.”

That was back in September 2017, just months before Chris was diagnosed with a degenerative spinal cord. Following a period of medical leave and weeks of therapy, the next step was major surgery.

“I wasn’t a fan of that plan,” he recalls, “so I took what I believed to be a bucket-list trip. I didn’t know how much time I had left or what I’d be able to do with it.” And so he returned to Barcelona, one of his favourite cities in the world, and took the gin-distilling class again.

“I got the recipe I’d created out of archive, refined it a couple more times and did a blind tasting with the two professors and two master distillers, who were also taking the class. My gin won hands down. The distillers came to me and said, ‘Congratulations, you made a good gin – what’s its name?’ The laboratory was in the Gothic Quarters of Barcelona, so I said, ‘Gothic Gin, of course.’ But I was really thinking, ‘Okay, whatever, this is just for fun.’”

The making of a winner

However, things quickly escalated and, while Gothic Gin is formally distilled in San Francisco, it was born in Europe. That evening, just before midnight, while sitting with friends at a restaurant in Plaça Reial, Chris bought the domain name www.gothicgin.com for $4.95 and, in his words: “It just took off from there and developed a life of its own.”

While staying in a 17th-century house built by fishermen on the Ligurian coast, Chris hired a lawyer back home and established the business, before finding inspiration for the logo while visiting the Uffizi Gallery in Florence.

“The angels of assumption are brought together to create a skull. It’s intended to be spiritual, not religious. The brand is about receiving enlightenment to become your true self. The Latin phrase on the neck – per divinitatem lumen – means ‘enlightenment through divinity’.”

Back in San Francisco, Chris didn’t stop for breath – securing contract manufacturers in wine country, taking the laboratory recipe up to a 1,000-litre pot still recipe and submitting the first product development run into the 2019 World Gin Awards.

“We were awarded Gold in the American Contemporary Gin category, so that was exciting! I then went into production and, in August last year, we began selling.”

Asked what his plans are for the future, Chris doesn’t miss a beat: “Well, that’s the easy one – world domination!”

He might just be right. Gothic Gin won Bronze at the Singapore World Spirits Competition in the $100 bottle category and was announced the category winner at the World Gin Awards 2020 and is in the running to be named World's Best Contemporary Gin.

What is a contemporary gin?

According to the World Gin Awards’ submission guidelines, the term ‘contemporary gin’ refers to gins with flavour profiles where juniper is still discernible, but other flavours such as citrus, spice and floral notes are more prominent than in a ‘classic gin’.

“Gothic Gin follows London Dry methodology, which is just a single distillation with the grain steeped in the pot with their traditional ingredients,” Chris says. “However, we do vapour infusion up inside the helmet of the pot with eucalyptus and Valencia orange peel. Because of that, we’re not able to call ourselves a London Dry gin. Instead, we are a contemporary gin.

“We start with a kosher-certified, corn-based grain neutral spirit and source our botanicals through the San Francisco Herb Company, who scour the earth for the highest-quality and sustainably sourced ingredients, and preferably those that are organically grown. Alongside the juniper we have coriander seeds, which makes it not as piney, as well as Angelica root, orris root and Lampong pepper from Indonesia. Then I do two different processes with the eucalyptus – you have to be so careful not to produce a green gin when using eucalyptus – one in the pot and then as an infusion.”

For all the glitz and glamour, Gothic Gin is equally committed to supporting good causes.

“When I worked in tech, I taught people how they can incorporate philanthropy into their business processes and marketing programs. I'm very big on community engagement and I just carried that through.”

With a focus on clean oceans and safe water for all people, Gothic Gin works with Fins Attached and donates 5% of its profits to good causes, while Chris is currently working on putting together charity concerts in Sydney and Melbourne following the devastation caused by the recent bushfires.

As for ‘enlightenment through divinity’, it seems Chris found his in gin: “We are not a big corporation. I don't come from a multigenerational spirit company. This is truly something that I received through inspiration. I get to bring some of my business and technology knowledge and, with all the work I've done to develop a palate, it seems I'm pretty good at making gin. So yeah, this is my calling, and it’s what I want to continue to do.”