NO
To experience this site you must be of legal drinking age in your country of residence. By entering this site, you agree to our terms and conditions. We encourage you to enjoy the Gin Society responsibly. In accordance with the NSW Liquor Act 2007, it is against the law to sell or supply alcohol to, or to obtain alcohol on behalf of, a person under the ages of 18 years. Learn more at www.drinkwise.org.au.
Sexy Sustainability 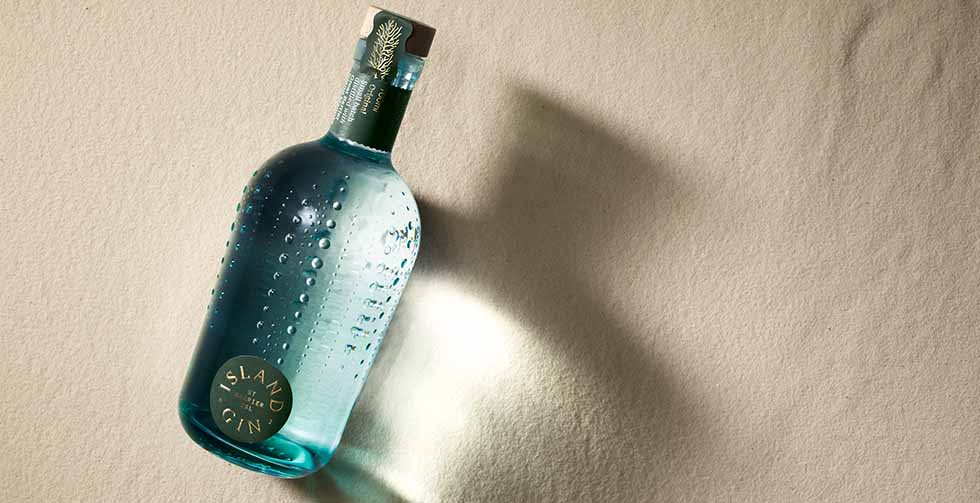 Being located on a remote island means Andi Ross aka "Madame Distiller" is already more accustomed to sustainable practices than the average person. But she takes it to the next level with a comprehensive dedication what she calls “sexy sustainability”. Right at the heart of her mission is one of the most beautiful gin bottles you are ever likely to own.

Made for the future

Because Andi began her distilling journey thinking it would only be made for family and friends, she says it would have been easy to buy a generic off-the-shelf bottle from a European supplier, which is what most distillers do. However, doing that never felt right given that her spirits would be crafted in the pristine environment of Great Barrier Island, which is 68% owned and protected by the Department of Conservation.

So she looked much closer to home. Just a boat ride to the mainland, in fact. And she’s never looked back.

“It has taken about four years to get it across the line, but I am forever grateful that we have our bottles manufactured right here in Auckland,” Andi says. “Once I started on my gin journey, I knew that I wanted a locally made bottle that was as sustainable as possible.”

Beyond the sustainability element, Andi also knew her gin would have to stand out amongst a sea of established and new entrants. The visual aspect, in many ways, has a larger sway over consumers than the flavour profile of what’s inside. So, once again, she looked closer to home and tried to figure out how she could exude the DNA of Great Barrier Island through her bottle.

“A friend and fellow designer, Tanja Ledwich, visited me on the island during my initial product development. We spent hours wandering along the beach, stumbling over Kīna. We wondered whether they might hold some kind of design element.”

After playing around with various ideas, Andi and Tanja settled on the graphic nature of the nodules on the kina shell. With that in mind, she started approaching glass producers to see if they could made her dream a reality. Visy Glass, one of the major glass manufacturers in Auckland, ended up being the perfect choice.

“They have been an incredibly supportive partner, persevering with my Kīna-shaped bottle design and agreeing for the first time to produce such a small run. This was new territory for Visy Glass too, as the bottle run explored packing glass in between colour changes, in this case Sea Green to Arctic Blue. It was complete serendipity and we couldn't believe how perfect it was.”

A key element of Andi’s vision was to create a bottle design that would be both instantly recognisable and an object for gin lovers to treasure.

“I spent a long time conceptualising a bottle that was not only beautiful, but something that could be reused as a water or olive oil vessel – even a vase. Our friend and accomplished glass artist Ruth Allen is a part-time neighbour on Great Barrier Island. We collaborated on – and succeeded at – repurposing the bottles into carafes. This is another example of how we extend the life of the bottle.”

So when you are finished with your Island Gin, you can return it and have it transformed into a stunning cocktail carafe – a permanent fixture in your home bar, and a reminder of the sustainable mission that drives Andi. Click here to grab yourself a bottle of the award-winning Island Gin.

Kīna is a type of sea urchin native to New Zealand. Some can fit neatly in the palm of your hand while others grow to a whopping 17 centimetres. They have been part of the traditional Māori diet for generations and are said to taste like a combination of all the different types of seafood.
By Gin Society

København Klassisk: A love letter to the London Dry