NO
To experience this site you must be of legal drinking age in your country of residence. By entering this site, you agree to our terms and conditions. We encourage you to enjoy the Gin Society responsibly. In accordance with the NSW Liquor Act 2007, it is against the law to sell or supply alcohol to, or to obtain alcohol on behalf of, a person under the ages of 18 years. Learn more at www.drinkwise.org.au.
A true taste of insects 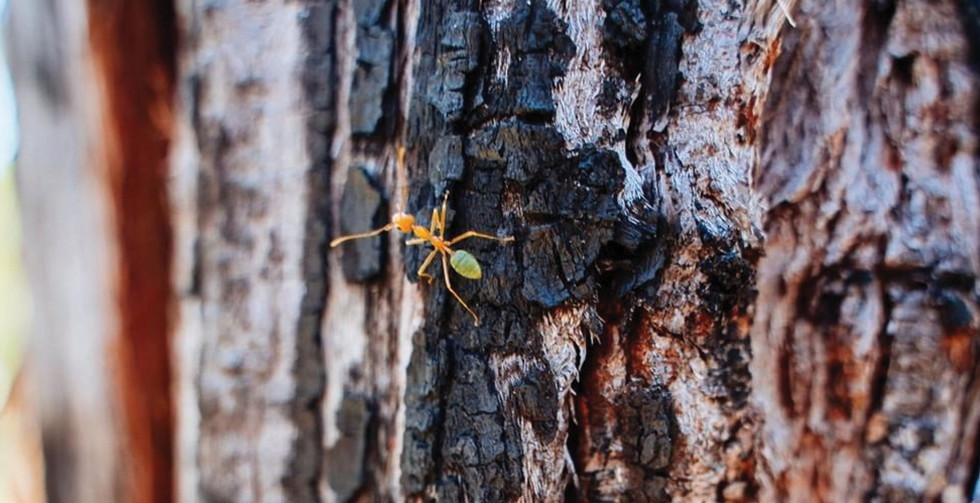 Want to really entrench yourself in a bug’s life? Go beyond your bottle of Green Ant Gin and taste an array of gins infused with insects from around the world.

If you actually manage to get your hands on a bottle of First Essence Tagame Gin, you’ll be one of just a handful of people who’ve experienced the nauseating-sounding-but-apparently- flavourful giant water bug. The Lethocerus indicus is an aquatic insect that’s common in Southeast Asia, especially around Thailand, where it was sourced for this gin. They have a fruity aroma that, when distilled, comes out as tasting of pear and green apple. Yes, the giant water bug itself is edible – but with only around 300 bottles produced, you might have to shop around.
Produced by: Tatsumi Disillery, in partnership with ANTCICADA, a Tokyo-based insect restaurant.

Can’t get enough of ants in your gin? Well, there’s another one you can try if you’ve the stomach – and the disposable cash. At £220 (around A$380 plus shipping) you’d want to hope this is one of the best gins you’ve ever tried. Instead of native Australian green ants, this spirit revolves around the red wood ant, which is rich in formic acid and has a tangy, citrusy flavour among a variety of other carefully chosen botanicals. If you feel like making a game of things, there are exactly 62 ants in each bottle – never more, never less. Care to count them all?
Produced by: Cambridge Distillery, in partnership with Nordic Food Lab.

Handcrafted cocktail bitters made with roasted crickets. What could be better? Well, this collection – which began life on Kickstarter back in 2016 – actually comes in four different flavours: cacao, vanilla, toasted almost and pure cricket. While it seems like the original founders are no longer producing Critter Bitters en masse, others have stepped in to fill the crickety void. You can purchase a four-ounce bottle at a number of different online stores, but good luck locating all four flavours. Add a few dashes to your favourite gin cocktail, or enjoy it with soda water to get the purest taste of toasted crickets. Yummo! Critter Bitters can be purchased here.

While we can’t speak for all insect-based spirits, we know for a fact that not only can you eat the ants in your bottle of Green Ant Gin, but you absolutely should! The delightful lemon-lime flavour will smack your tastebuds and have you coming back for seconds.