Le Tribute pairs well with a light tonic, with not too much bitterness, to let the botanicals shine through. It's versatile gin I would happily use in a variety of cocktails. It's a thumbs up from me!

Le Tribute is a winning formula that combines traditional methods and contemporary style.

Founded in 1835, the Giró family’s distillery started out making alcohol for the pharmaceutical industry before pivoting to spirits and playing a lead role in Spain’s gin revolution. It’s one of the oldest distilleries in Spain and, with fifth-generation brothers Marc and Manuel Jr. at the helm, it’s one of the most exciting ones, too.

Located in the quiet village of Vilanova i la Geltrú – about 50km from the urban hustle and bustle of Barcelona – the stills at Destilerías MG have come a long way since the days when they were used to produce pharmaceutical tinctures and elixirs. But that doesn’t mean the family’s expertise for playing with recipes and coming up with scientific formulas has been forgotten. “We’ve been producing high-quality liquids for 184 years,” says Manuel. “And Le Tribute demonstrates our know-how and strong passion for spirits – the brand is full of character and soul. We created the brand from scratch and sell it ourselves or through partners we trust.”

The bottle would not be seen far from an auld apothecary. The green glass, copper-style lid and old-world branding create a traditional romantic look. Spain has a proud culture of food and beverage, as it certainly should. This gin seems to be hitting all the bases in complementing the Spanish tastes.
Le Tribute pairs well with a light tonic, with not too much bitterness, to let the botanicals shine through. The Spanish version of a gin and tonic, much to my pleasure, is a goblet with almost half gin. However, in this case, 60mL of Le Tribute and double that of light-flavoured tonic is perfect – with a slice of lemon in a tall glass filled with ice. It’s a versatile gin and I would quite happily use it in a variety of other cocktails, from a Gimlet to a Red Snapper. A thumbs-up from me!

Nose: High citrus profile with coriander seed and spice. A good amount of alcohol burn, which is quite pleasing to the nostrils.

Palate: Quite floral at first, particularly lavender, then quickly leaning towards the citrus end. All the citrus botanicals present in the gin are quite prominent.

Finish: There is a fade in the floral aspect. You’re left with juniper, the hero of the story. The warming burn of a slightly higher-alcohol gin is welcoming too. It’s quite a long finish.

Just by reading the ingredients you can tell this will be a citrus forward gin, but to be honest that’s an understatement! The juniper takes a back seat to the fresh, juicy citrus flavours that abound. They’ve even written ‘fresh’ on the label!
On opening the bottle the aroma of sweet orange blossom hits you before the other citrus powers through, I found grapefruit and tangerine the most dominant.
Flavourwise it’s a bold, full-bodied gin with a delicious citrus tang. I thought it was almost lemon sherbet-like. There are also herbaceous notes from the juniper and lemongrass.
This gin falls firmly into the ‘contemporary’ group of gins with a less juniper dominant flavour, but is a great example of taking the spirit to its furthermost boundaries.

LE TRIBUTE Gin has an incredibly bright, citrus nose. It’s fleshy and fruity, with the lime, lemon, grapefruit and orange all contributing, while the tangerine in particular bringing a deliciously decadent boiled sweet smell to the fore.

Juniper and lemongrass conspire to form a green, grassy and herbal bed upon which the citruses lay. The fruits are never present in their individual form, rather they’ve combined and mutated into a hulk-sized monster – something huge, loud and aggressive. It fills the senses – if James and the Giant Peach was about a lemongrass and tangerine hybrid, sipping this is as close as you’ll ever feel to being the titular character. The juniper is forced into the background as a result but it still plays a palpable role in anchoring the overall flavour profile.

With tonic, a rich grapefruit smell remains, though the rest of the citrus is slightly muted. This translates to the taste, too; when diluted, the spirit seems to expand sideways, allowing the juniper and lemongrass to bob up to the surface and make brief, but welcome, appearances. It’s really quite delicious – one to quaff in the garden on a warm summers day. 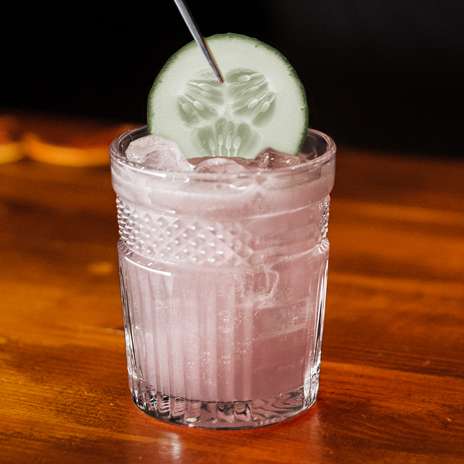 Check out the recipe for our Giró The Hero, concocted by Andy Strachan for the Gin Society to suit the unique botanicals of Le Tribute Gin. 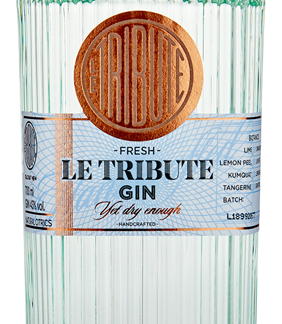