NO
To experience this site you must be of legal drinking age in your country of residence. By entering this site, you agree to our terms and conditions. We encourage you to enjoy the Gin Society responsibly. In accordance with the NSW Liquor Act 2007, it is against the law to sell or supply alcohol to, or to obtain alcohol on behalf of, a person under the ages of 18 years. Learn more at www.drinkwise.org.au.
The Gin List – Spanish gins 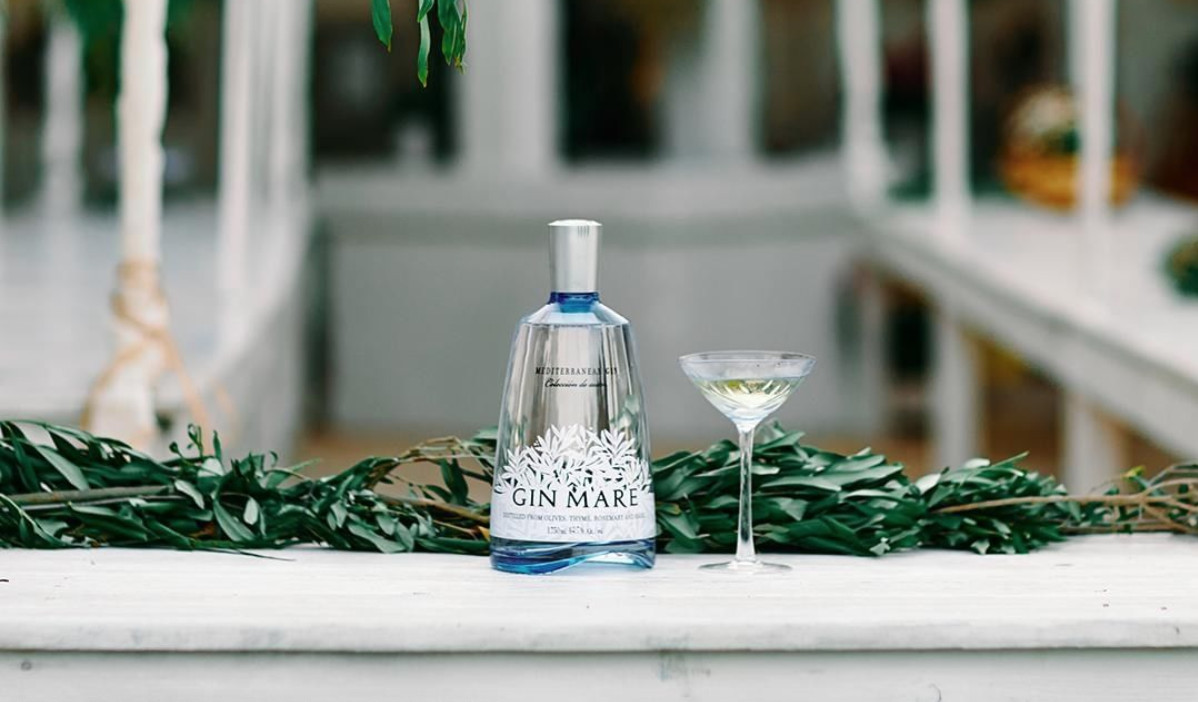 As one of the highest gin-consuming countries in the world, it comes as no surprise that Spain has a huge selection of juniper-based spirits to choose from. We raise a glass to five of the best Spanish gins. Salud!

One of the most famous Spanish gins, Gin Mare’s distinctive blue-tinged bottle has popped up on bar shelves around the world since its launch in 2010. Featuring a blend of herbal botanicals including basil from Italy, rosemary from Greece and thyme from Turkey, it offers a fragrant taste of the Mediterranean. Due to varying levels of acidity in the Spanish arbequina olives – the spirit’s star ingredient – the recipe is tweaked each harvest before being distilled in a 13th-century chapel in a fishing village that’s situated between the sun-kissed Costa Brava and the Costa Dorada.

Having played a pivotal role in shaping the country’s gin scene, GinMG was one of the first Spanish gins to be made using the traditional London Dry method when it was released in 1940. Packing a bold, juniper-heavy punch, it’s an extra-dry offering with a hint of cinnamon on the finish. Shake it up in a martini or sip in a gin and tonic. Legend has it that the creator got the idea to make the gin during the Spanish Civil War when he was hiding in the local mountains and realised the landscape was bursting with juniper bushes.

It’s not just a London Dry gin, Master’s is a triple distilled London Dry gin that was developed in the 1980s by Destilerías MG (the makers of Le Tribute). The peel from locally sourced lemons, sweet and bitter oranges is macerated in a neutral spirit for 40 days before the remaining botanicals (Spanish coriander and juniper and Guatemalan cardamom) are added and allowed to rest for 24 hours. A final distillation takes the spirit to 79% ABV before it’s diluted with a neutral grain spirit and mineral water. As a citrus-forward London Dry, it works brilliantly in an ice-cold gin and tonic.

A love letter to Barcelona’s gin and tonic bars, GinRaw is described as a ‘gastronomic gin’, having been developed by a chef, a sommelier, a mixologist and a master parfumeur. As you might expect, it smells as good as it tastes – think lemon peel from Murcia and cedrat peel from Valencia. In addition to these local botanicals, this Spanish gin also features Indian black cardamom and Egyptian coriander seeds. The small batch distillation process combines old and new techniques, starting with copper pot stills that are used to extract maximum flavour from the juniper berries and finishing with a low-temperature Rotaval distillation machine that’s used in molecular cooking. The cap is made from ash wood that’s sourced from sustainable forests and each limited-edition bottle is individually numbered.

Hailing from Mahon on the island of Menorca, Xoriguer is so special it’s one of the few gins in the world to have a geographical orientation – so just as the UK has Plymouth Gin, Spain has Gin de Menorca. Its distinctive flavour is a result of an 18th century distillation process in which grapes (as opposed to grains) are distilled in wood-fired pot stills before being rested in oak barrels. Developed by the Pons family, the gin – pronounced sho-ri-gair – is named after their old windmill, which features on the label, and appears in the local Pomada cocktail that’s served at fiestas and parties across the island. Make your own with one part gin, three parts cloudy lemonade and plenty of ice.