NO
To experience this site you must be of legal drinking age in your country of residence. By entering this site, you agree to our terms and conditions. We encourage you to enjoy the Gin Society responsibly. In accordance with the NSW Liquor Act 2007, it is against the law to sell or supply alcohol to, or to obtain alcohol on behalf of, a person under the ages of 18 years. Learn more at www.drinkwise.org.au.
Juno Gin: A labour of love 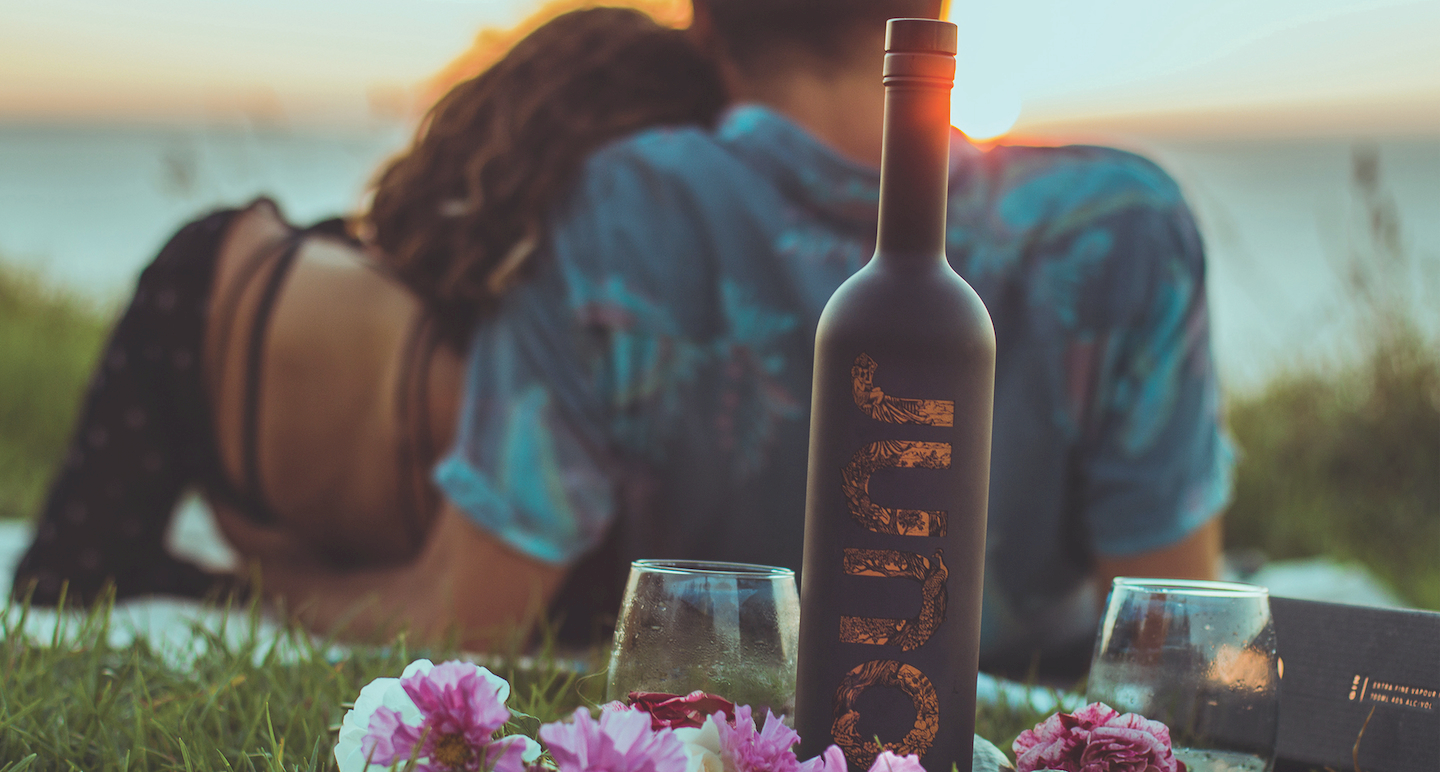 Juno is the ancient Roman goddess of love and marriage. It’s also the fitting name of one of our most popular featured gins, created by Jo and Dave James.

“We were both born and bred in New Plymouth on the west coast of New Zealand’s North Island. We lived here until our late teens,” explains David.

He and Jo moved back to the area in 2015. The decades between their departure and return were spent raising their two daughters, travelling and working, both in New Zealand and overseas, including a 17-year stint in Australia.

The move home spurred the couple to step away from their previous careers – Jo from public health and David from sustainability in the food industry – and seek a new adventure.

Led by David’s passion for engineering and Jo’s love of gin, they decided to establish a distillery. While they had already done so much together, they were conscious that being business partners was a new challenge entirely.

“We had never spent that amount of time working on something together,” notes Jo. “If we had some core values, we thought they would help make the decisions for us.”

They sat down and put together what was most important to them in establishing BeGin Distillery. “Our three core values are: make it fun, make it together – this means both as a couple and with our community – and make it right. That’s around the three Ps of people, planet and profit.”

Jo also undertook research – reading articles and watching TED Talks – on business couples that were married and their recipes for success. “They said it was important to accept each other’s strengths, knowledge and expertise, and to allow the other person to have their wins, as well as make their own mistakes.”

After packing up their lives in Melbourne, Jo and Dave returned to New Plymouth, found a building in Taranaki and set about turning it into a distillery.

“We bought a small two-litre alembic still [named Wee Willy] and started to practise on that,” says Dave. “We did about 50 distillations, playing with flavours and combinations and learning how distillation works.”

A 10-litre copper still, which they named Jenny, followed. A local engineering firm, Rivet, adapted the still to include an external botanics basket.

Jo and Dave began working with Jenny to develop their recipe. “We started thinking – what are the key things we must have in our gin? The three that leapt to mind were juniper, of course, coriander seed – because we found a New Zealand-grown coriander seed brings a zesty lemony freshness to the gin – and orris root,” says Jo.

Their gin was, at that stage, still unnamed. “The name Juno was a four-o-clock-in-the-morning moment,” says Jo.  “It’s a play on the word juniper, which of course is at the heart of the gin, and Juno is also the Roman goddess of domestic harmony and marriage. We thought what better deity to oversee this project?”

With a name in place and the recipe near complete, they were ready to upgrade to their new still – a -litre copper beauty called Lila, custom-made by Rivet. “When you look at her you can see she looks a little like the lass from Futurama. She has the single eye and the ponytail,” Dave jokes on how the name came about.

Jenny is now BeGin’s “workhorse”, where they do test batches and refine flavours, and Lila is their main still. She produces 250 bottles a batch of Juno’s 750mL Extra Fine Gin bottles, and 1,000 of Juno 200mL seasonal gins, which, Jo says, are made with “what’s growing and abundant” at the time of production.

Implementing sustainable practices across the business is a top priority for Jo and Dave. They worked with Rivet to implement waste reduction and minimisation into the design of Lila. At the end of each distillation, the water is separated from the juniper berries. Both are reused.

“The juniper berries go to Gavin Giles, a local, classically trained chocolatier, and he makes truffles with them,” says Dave.

The still water is used to make beer – the result of a summer project undertaken by Massey University chemical and bioprocess engineering student Tash Snowball-Kui for BeGin Distilling and the Three Sisters Brewery in Taranaki. Jo says, “She was able to take a concept to full commercial product in six weeks.”

“We obviously make more still water than beer, but now we have a route to market for all of our waste from the still,” adds Dave.

Many high-quality, locally sourced botanicals are used to make Juno. Jo and Dave are also working with national research bodies, such as Massey University, and horticulturalists to try to grow ingredients that currently can only be purchased from overseas.

The hope is that botanicals, such as juniper and orris root, can be successfully grown and harvested in New Zealand in the future.  “We currently have two trial patches of Angelica root growing here in Taranaki,” notes Jo.

All in the details

A high level of consideration and time has gone into creating every element of the business. Even the smallest of details, such as the labels on the Juno bottles, are significant.

“From dark to light, from profound to sacred, from earthly to spiritual – it plays on the fact it’s a spirit,” says Jo of the Juno label.

The goddess Juno, a juniper tree and Mount Taranaki are some of the references illustrated within the copper-coloured letters of Juno. The label was hand-drawn by Craig Jones, the creative director at Strategy Collective (a New Plymouth-based business services agency that worked with BeGin Distilling).

“If you look really closely, we carved our initials into a love heart on the tree in the ‘o’ of Juno,” Dave says.

The judges at the 2018 San Francisco World Spirits Competition liked the label too. They awarded Juno Extra Fine Gin the Double Gold in the Packaging category, as well as Silver in the Best Gin category.

Passionate about their craft

Making gin is a labour of love for Dave and Jo, with the pair often on the road promoting Juno Gin at festivals, expos and industry events.

“I am having so much fun,” says Jo. “It’s part of my job to go home at night and try new cocktails.”

Describing Juno Extra Fine Gin as “juniper-led, aromatic, with a beautiful citrus sparkle to it and some peppery heat at the finish”, Jo says it’s a versatile London-style dry gin that drinks well in a martini (or dirty martini), on the rocks (how Dave, a whisky lover, enjoys it with a dash of water) and in a G&T.

“I am a gin and tonic girl,” says Jo. “I like Juno with Fever-Tree Mediterranean Tonic. That’s my go-to and I love it with a slice of fresh lime. It keeps it singing.”

Chocolate and Gin needs no reason.

She’s apples with these 5 Autumn Cocktails.