NO
To experience this site you must be of legal drinking age in your country of residence. By entering this site, you agree to our terms and conditions. We encourage you to enjoy the Gin Society responsibly. In accordance with the NSW Liquor Act 2007, it is against the law to sell or supply alcohol to, or to obtain alcohol on behalf of, a person under the ages of 18 years. Learn more at www.drinkwise.org.au.
Australian gins – top winter picks 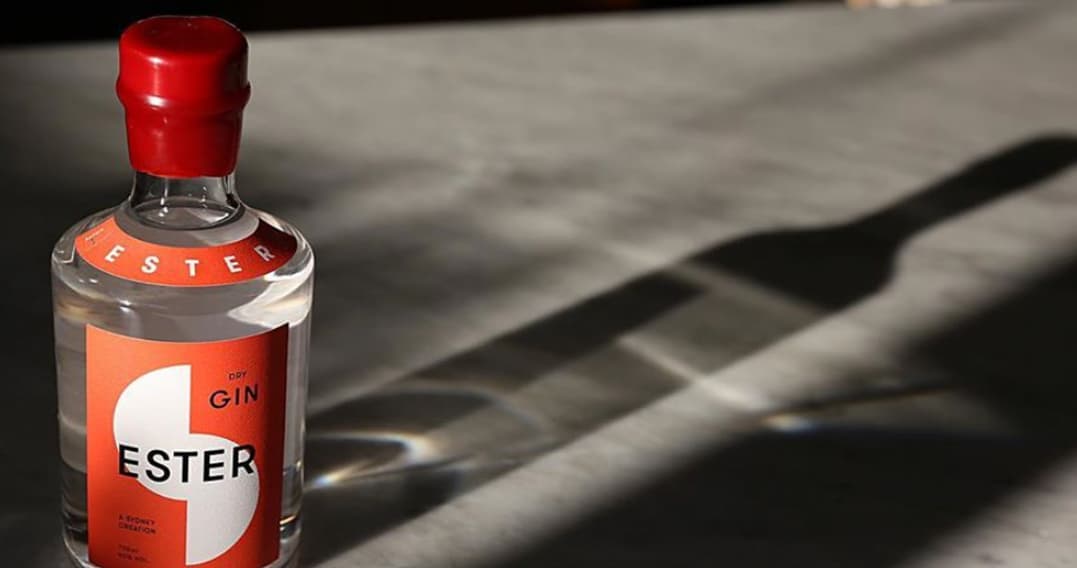 The Gin Boss Leon Dalloway sat down with gin extraordinaire and owner of The Barbershop, Mikey Enright, to taste some new Australian gins.

One lovely winter afternoon I headed down to The Barbershop on York Street in Sydney to taste some of the new Australian gins in their range. Over the course of the afternoon Mikey and I talked about their flavours, how to mix them, and the cocktails that would best showcase each of the gins. It’s a tough job but someone’s gotta do it!

First cab off the rank was the brand new Ester Dry Gin from the husband-and-wife team that runs Bellagio Cafe in Waverley and Bellagio Tuckshop in Bondi Junction. Suffice to say they know their flavours.

The name Ester comes from the ester produced during distillation – the point at which distillation meets boiling and the flavours it produces. Ester Dry Gin is made in a classic London Dry style – citrusy on the nose and light to taste. As a gin should be, it’s juniper leading with some late spice and citrus from finger lime, while lemon myrtle joins the party halfway through.

As soon as I tasted it I wanted to see it in a White Lady. The native citrus notes would work brilliantly alongside the orange liqueur, lemon and egg white and really elevate this drink. Mikey said he’d drink it in a G&T, and thinks it would work perfectly mixed with Artisan Drinks Pink Citrus Tonic garnished with lemon and kaffir lime leaf. Felix and Corrina, the founders, love it in a Negroni. I have to say I agree.

Next up was 78º Desert Gin from Adelaide Hills Distillery. This is a stunning and sustainable distillery set in the beautiful Adelaide Hills. If you’re in the area, pop to Lot.100 (a collective of some of South Australia’s best food and craft beverage producers) for a great bite and some booze. Designed to harness the local natural elements, all their waste is turned into compost or energy and – of course – they make delicious liquids. It’s an incredible site which should be widely commended. 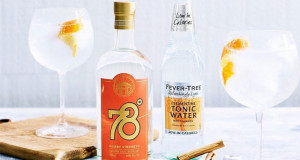 As should this fantastic Australian gin. The 78º Desert Gin champions the use of wattleseed which, according the AHD website, has been harvested in this land for thousands of years: “ancient indigenous communities established a grain belt through the centre of Australia, working with the land to create crops in some of the most arid environments on earth. Wattleseed flourished in the desert despite minimal rainfall and its high starch and protein content made it a nutritious bush food.”

Three species of wattleseed are house roasted for the gin, which are responsible for rich coffee, toffee and cocoa notes. They’re distilled along with riverland orange, blood lime, pepperberry and the classics of juniper and coriander. Head distiller Sasha has done something very special here.

I got a load of the French digestif Amer Picon on the nose. (If you’ve never tasted it before, it’s a beauty.) So I’d love to serve the 78º Desert Gin in a twist on the Brooklyn cocktail (a whisky drink similar to a Manhattan). Stirred down and brown I’d mix this gin with sweet vermouth, Amer Picon and maraschino liqueur to really make it sing.

Mikey had a sip and the love for this gin was mutual, though he’d serve it in a dry-ish Gimlet with the famous Barbershop house lime cordial. In a G&T he’d mix it with a light tonic – as the gin has a touch of sweetness – served with an orange and mint garnish.

Our last of the Australian gins was Farmer’s Wife Warm Winter Gin distilled on Allworth farm in, you guessed it, Allworth NSW. Now this is a funky gin. It’s a proper hybrid, aged in peated barrels from the farms’ friends at Black Gate Distillery. During the ageing process the gin’s 13 signature botanicals (including lemon myrtle, anise myrtle, kaffir lime, sugar bag honey and native sage) evolve as the flavour-enriched barrels impart both character and depth to the recipe. 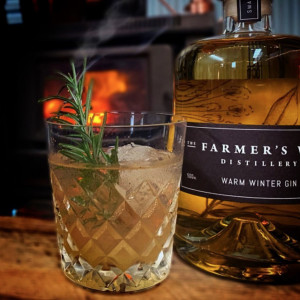 There’s some dark notes early on with a hint of juniper and herb and the peat comes on the palette late. Mikey and I agreed that we’d both serve it with Fever-Tree Spiced Orange or Ginger Ale, garnished with a wedge of grapefruit and some slapped sage.

Cocktail-wise it’s got to be a gin Old Fashioned, stirred down with some demerara sugar, bitters and your choice of citrus zest. Follow the classic Old Fashioned recipe and you’ll be rewarded with something delicious.